Social networking addiction is a disorder about the countless hours a person is spending on Facebook and other related platforms which deters one’s normal functioning to perform daily tasks. There is no clear medical definition if it is classified as a psychological disorder. Thus, the said problem needs a lot of scientific researches before the provision of descriptive and accurate medical terminology. In a gist,  it is a compulsive behavior that becomes a non-productive habit because it affects a person’s performance at work and in school. A social networking addict is somebody who constantly checks on his or her social media accounts’ status from time to time. Facebook profile stalking is a prominent sign or symptom of addiction. 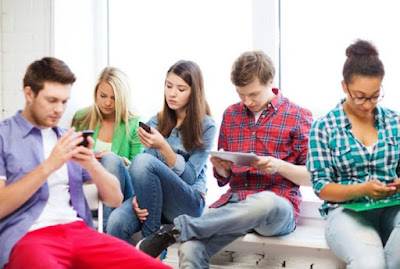 Researchers from Chicago University has conclusively said that social networking addiction could be much stronger than cigarette and alcohol cravings. To date, it ranked ahead of these traditional addictions since time immemorial. On the contrary, an experiment posed an extraordinary finding. It says that social media platforms can effectively stimulate brain pleasures through a process known as self-disclosure communication. For intimate relationships, the Wall Street Journal had debunked the idea that one out of five marriages were unconsciously ruined by Facebook.
Social networking addiction is closely linked to mood swings, social withdrawal, and the standard denial process. However, the screen time factor is not considered as a triggering factor in this type of addiction. To explain, there are online gamers who spent hours online; but, they still managed to do their job and other responsibilities. To determine if you are a social media addict, here are six vital questions that you should answer.

If you answered YES to a few of these queries, you tend to be a fair user of social media. On the opposite, if YES was your response to all of these questions, then you are starting to develop a social networking addiction. Nevertheless, it has to be objectively validated or confirmed by a psychologist or psychiatrist. To curtail this addiction, the government of a given country must strictly prohibit the use of smartphones while driving and in schools or offices during working hours. This will develop the users’ focus on their assigned undertakings.

The varying solutions to social networking addiction include digital literacy and awareness about the harmful effects of the Internet if its usage exceeds the normal range. Meanwhile, Facebook developers must track down its excessive users by adopting the behavioral data scheme. Overall, the long-term goal of a proposed treatment must be geared towards usage control rather than abstinence. Cognitive-behavioral therapy is the ultimate key in restoring an individual’s patterns of regulated behavior. There is no magic formula in treating the root cause of addiction. Cyberspace users are responsible for their actions. Likewise, healthcare professionals, computer owners, parents, and the government should do their share in regulating the use of these innovative modes of techie communication platforms to foster a healthy mind and a well-balanced social life.

I am a Filipina blogger who loves to write anything under the sun. Though i was born with physical limitations, success is always a motivating factor for me to soar high like an eagle in any endeavor that i choose to engage in.

What Should We Do During a Quarantine for a Healthy Overall Well-Being?

A DAY FOR HEALING YOURSELF