Stealing is an immoral offense that disgraces God even if the crime is unintentional or vice versa. Kleptomania disorder is termed as compulsive stealing although an offender can afford to buy the stolen object or food.  Most of these items are usually with no value at all. However, the fulfillment of it brings an immeasurable sense of pleasure after the consummation. These articles are thrown away after being stolen. It is simply defined as a consistent impulse to steal without taking into consideration its importance and use. Oftentimes, kleptomaniacs do not steal out of anger and vengeance. Similarly, the alleged kleptomaniac hoards the merchandise or objects and returns them after a certain period. Hence, they also feel guilty after an offense. This one-of-kind condition affects 0.3 or.0.6 people the world over. 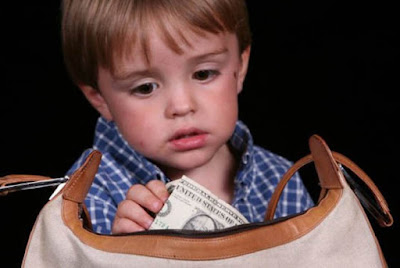 A kleptomania disorder is categorically classified in the spectrum of obsessive-compulsive disorders because its main culprits allude to their psychological problem as the undesirable intrusion into their mental state. Moreover, it could also be a mood disorder like depression. Meanwhile, other psychological approaches could somehow contribute to its onset and aggravation in the later years of a supposed kleptomaniac. The psychoanalytic viewpoint states that stolen objects are compensatory mechanisms for their feelings of neglect during childhood.  A cognitive behavior approach describes it as an act of reinforcement for stealing an item. Afterward, it becomes habitual when negative consequences are not present yet.

Several treatments for kleptomania disorders were discovered as medical professionals are trying to curb the addiction by other means without medications.  In the non-medication area, kleptomaniacs have subjected to psychotherapy sessions specifically the cognitive behavioral therapy approach. It is centered on a person’s thoughts and behaviors which compel the individual to steal.  In this kind of treatment, a subject is allowed to recognize the sudden urge and the factors which trigger it. Aside from these, there are proven medications that are highly effective to control this alarming and socially inappropriate form of compulsion. Some of these are Selective serotonin reuptake inhibitors and antidepressants. Other forms of therapies might be adopted too. Psychodynamic behavioral modification and family therapies have been commonly suggested by psychotherapists.

Kleptomania disorder is an uncontrollable impulse to do something against your will. If you are suffering from this psychological problem, do not hesitate to consult us. We will be more than glad to help you to free yourself from this senseless addiction.

I am a Filipina blogger who loves to write anything under the sun. Though i was born with physical limitations, success is always a motivating factor for me to soar high like an eagle in any endeavor that i choose to engage in.

how to help teenagers with social anxiety

The Psychological Cores of Love Addiction